February 08, 2020
Sometimes students learning computer Science at various levels wonder if it is enough for them to be able to use Windows Computer. Why bother learning Linux.

I would like to emphasize learning Linux operating system at all levels of education. Linux distributions, there are several of them are quite user friendly and can be used without a steep learning curve. If you can use Windows, you should be able to use any distribution of Linux without much difficulty.

The problem comes in installing Linux OS on your existing Windows computer. Previously, upto Windows 7, it was not much difficult to install Linux along with the existing Windows OS on any desktop or Laptop computer in Dual Boot configuration. But after Windows 10, and many hardware manufacturers making it difficult to install another operating system on a OEM installed computer or laptop. So on this point, I don't know how you are going to manage to have a Linux OS on your computer. If you are enthusiastic enough, you could dedicate a separate computer, probably assembled one, to use with Linux OS.

There are multiple benefits of using Linux OS and its associated Open Source and Freeware software that you can have access to. You can save on the cost of the Operating System, as well as on the productivity software like the Libre Office, image Editing software like the GIMP and so on.

Linux is not only pocket friendly, it is also student friendly. You can easily install programming Editors and compilers and study any programming language without burning your pocket.

If you are studying programming, then Linux provides you a better environment than Microsoft.

So that is what I have to say about studying Linux in a Computer Science class.
Operating System

Popular posts from this blog

How to find if your phone has any virus that affects your computer.

Which pen drive should I buy ? 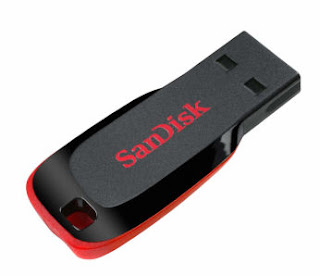 It is a question that will keep appearing every time you need to buy a pen drive. As time changes, the  capacity of the pen drives keep increasing and the cost starts decreasing. So it depends on the cost per GB of data storage. At present you should be able to find pen drives from 4 GB upwards to 128 GB in the market as well as online. At this time, it is not a wise decision to buy anything below 32 GB. It will not make much of a saving if you try to buy pen drives below 32 GB. So 32 GB is the current thing today. It gives you the maximum returns on your investment. If you go above 32 GB, the cost increases. A 64 GB pen drive will cost you almost the double of that of a 32 GB drive. So if your data storage needs are fulfilled in a 32 GB drive, then go for it. You have several options in the pen drive. If you just want to do data transfer on your computer, then you can have a pen drive with a USB 2 interface which will cost you a little less. If your computer can handle higher
Read more